This week, we are learning about the life of Bessie Coleman.  Bessie was born in 1892 and was the child of a Native American father and African-American mother.  Bessie had dreams of being an aviator but was denied entry into flying schools in the U.S. because of her race.  Bessie was a determined individual and eventually moved to France where she was permitted to train to become a pilot. After earning her license, she moved back to the U.S. and became the first female, African-American pilot in our country’s history.

This week, we are learning about Brave Bessie’s life and her ability to persevere toward her goal despite facing great obstacles with the story, Nobody Owns the Sky by Reeve Lindbergh. 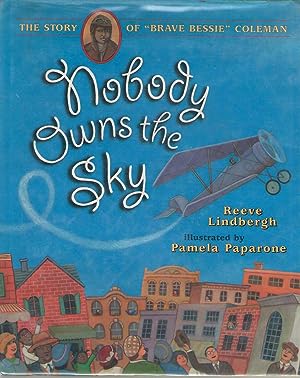 My friends on the STAR hall are integrating nonfiction into our lesson by accessing Pebblego’s database where we can find a short biography about Bessie’s life.

My buddies on the MD hall are getting messy with a special painting project.  We are using clothespins and Popsicle sticks to built a plane like one Bessie might have flown.  We are painting our planes to make them pretty and ready for moms and dads to see.