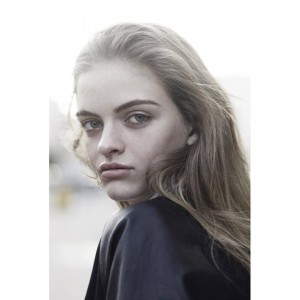 Oak Mountain High School freshman Stephie Soltys has joined the ranks of supermodels Kate Moss and Gisele Bündchen after recently signing a modeling contract with IMG Models.  Soltys, who will use the professional name “Stevie” has signed as a development model with the agency.  IMG Models has launched the modeling careers of some of the biggest names in the industry, including Heidi Klum, Christy Brinkley, Alex Wek, Amber Valletta, Stephanie Seymour, and Miranda Kerr.

“Funny thing, she truly was ‘discovered’,” said Stephie’s mom, Heidi Soltys when asked how her daughter got into modeling. “She was invited to do a fun photo shoot with a friend and a local photographer, Alan Matthews, last spring.  After the shoot, Alan suggested that I consider putting Stephie into modeling because she was natural in front of the camera and photographed really well.”

Mrs. Soltys said she, nor Stephie, had seriously considered the idea of modeling. However, from the time Stephie was a baby, many people had suggested the same thing.

“Due to her height, big eyes and full lips, everywhere we went people began asking if she was a model. We would be in a clothing store at the mall and the workers would ask. We would be walking down the aisle in the grocery store and people would ask. It became quite funny to me and Stephie.”

Matthews asked permission to submit Stephie’s pictures to a “mother agency” out of Atlanta he had worked with. Mrs. Soltys finally agreed, thinking it wouldn’t lead to anything but a few extra bucks and maybe some cute clothes for her daughter.  Matthew submitted the photos and within weeks that agency wanted to meet with Stephie and offer her a contract.  Then, another agency out of Atlanta/New York started scouting her on her on Instagram. 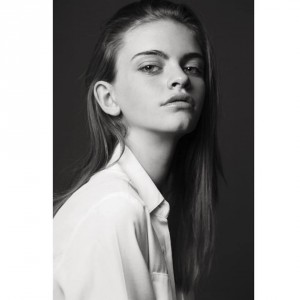 “So before we knew it, there were two very reputable mother agencies scouting my daughter and offering her a contract,” said Mrs. Soltys.  “Needless to say, I was very hesitant.”

Around this same time, Stephie suffered a severe injury to her arm which required surgery. She and her mother held off a few months before making a decision about the modeling, which also allowed them to begin to investigate their options.

“After much prayer, we finally agreed to sign her on with Ludlow-Scout out of Atlanta/New York,” said Mrs. Soltys.  “One of the owners of Ludlow Scout, Della Bass, who is also a well-known photographer in New York City, did her first photo shoot in Atlanta this past September.  She kept saying during the shoot how well Stephie did and not to be surprised if things happened fast for her.”

Not even a week after Stephie had been signed on with Ludlow Scout, Bass called and said IMG was interested in her.  Mrs. Soltys said she also began to notice that the Director of Development of IMG, Lisa DiRocco, was “liking” Stephie’s pics on Instagram.

IMG requested a video of Stephie in order to learn about her personality, her grades, and extracurricular activities. They returned to Atlanta so that Ludlow-Scout could do a video and second photo shoot with her. IMG specifically liked the fact that Stephie is from Alabama, as is one of their other models – Katherine Webb, wife of former Alabama football quarterback AJ McCarron.

Mrs. Soltys said at this point, she began to really pray and consider whether this was something she wanted her daughter to pursue.

“I had always taught my daughter that ‘beauty comes from within.’ How could this be something we were to pursue? But again, things kept happening that were in her favor,” Mrs. Soltys said. “After just a few days of IMG receiving the video, we were offered a contract for Stephie to sign on as a development model.”

“We couldn’t believe what was happening. How could this number one modeling agency in the world be interested in our daughter? They have represented and developed industry legends like Giselle Bündchen, Kate Moss, Heidi Klum, and Christy Brinkley to new industry hopefuls like Karlie Kloss, Gigi Hadid, and Chrissy Teigen. Even Cindy Crawford’s daughter, Kai Gerber, and Sylvester Stallone’s daughter, Sistine Stallone, are signed on to the development board of IMG. But this was an opportunity-of-a-lifetime. And one that we couldn’t pass up! And Stephie really wanted to do this.”

Stephie is now one of the youngest IMG development models and the only one with braces.  For now, modeling will be a very part-time job and Stephie will continue to maintain all of her normal activities such as show choir and youth activities at church.

“There will be potential job opportunities and more frequent trips to NYC as she gets older, and even the chance to do New York Fashion Week when she turns 16. But education and youthfulness will remain a priority,” said Mrs. Soltys. “This is also very important to IMG. They liked her ‘quirkiness’ and emphasized that she remain active in school, maintain her grades, and enjoy her time as a teenager. This is one of the reasons I felt so comfortable with IMG. They were all about ‘school comes first’ and that’s exactly how we feel. Stephie will go to homecoming, the prom, and wear her cap and gown in 3 1/2 years just like the rest of her classmates!”

As far as modeling as a career? “IMG Models is a division of the sports, fashion, and media company, IMG Worldwide, so there are many opportunities for her to explore,” said Mrs. Soltys. That’s the beauty of being a development model. This will give her time to learn, grow, and develop all of the skills necessary to become a full-time model if that is what she has the desire to do. She will learn skills such as communication and public speaking, and possibly be able to travel the globe. These are so very important in the education of our youth and to prepare them for what lies ahead.”

And what is Stephie’s reaction to signing on with IMG? Well, of course, she was super excited! She really enjoyed flying to New York City, where she and her mother stayed at the historic Roosevelt Hotel near Times Square and attended their initial meeting with IMG in their office on Park Avenue.

Mrs. Soltys said during the soul-searching part of this process, she kept praying for either reassurance and confirmation, or that doors would close if this wasn’t something her daughter was supposed to pursue.  One last bit of reassurance they received is when Stephie was asked how she felt about the name “Stevie” as her domain name because IMG already had a “Steffy” and a “Stephanie” (Stephanie Seymour).

“Stephie just looked and me and smiled,” Mrs. Soltys said. “And you know why? Because my mother, Stephanie, whom Stephie is named after, has been called the nickname ‘Stevie’ her whole life.  And THAT was the final reassurance that I needed!”