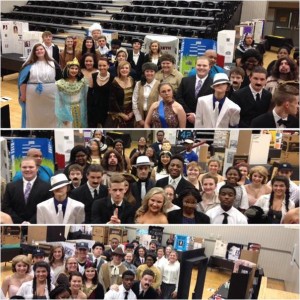 The Living History Museum combined the efforts of AP government and AP language arts and literature students, who presented the program to parents and fellow students on March 21.  AP government teacher Dawn Howard said the Living History Museum project was a change from an Ellis Island simulation project that students have done in the past.  Howard said she is a big fan of doing big projects that help bring history alive for the students, but this year, she wanted to do something different.

Students started working on the project in September when they were required to select a historical character and time period to research.  Once a character had been selected, the students had to submit an outline, annotated bibliography and research paper for English. 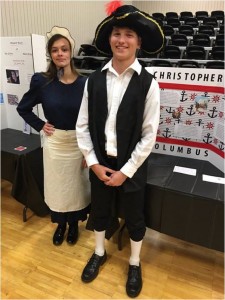 For the Living History Museum piece of the project, students either made, purchased or rented authentic costumes.  They also set up character display booths, which included visuals and props.  Students stood beside their booths like wax museum mannequins until someone pressed a button to bring them to life.  At that point, the students gave a two-minute presentation on their historical character. 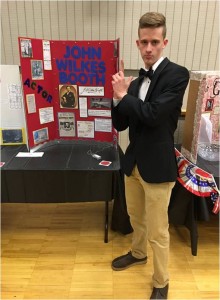 Howard said the students really enjoyed the project and are already looking forward to doing it again next year. Two of the students who participated in the project discovered through their research they were actually related to the historical characters they portrayed. 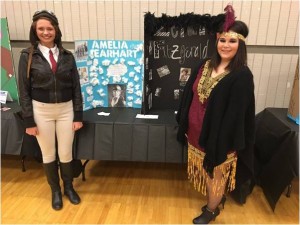