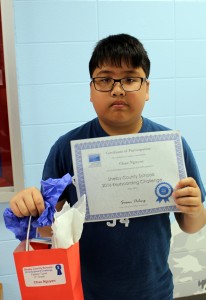 Chau Nguyen, a fifth grader from Oak Mountain Intermediate, was the fastest overall typist for the county with 76 words per minute.

The contest, a first for Shelby County Schools, was designed to encourage students to develop good keyboarding skills early.

“Some people think that keyboarding skills are no longer needed. But young people actually type more today than ever before,” said Shelby County Schools Technology Coordinator Suan Poling. “I can remember taking typing in high school, but I almost never used those skills until I was in college. Now, even our youngest students type nearly every day, either at school or at home, and usually both.”

Completing digital assignments can be a source of frustration for students, teachers, and parents when the student has not developed their keyboarding skills. These skills make a difference in how quickly and accurately a student can complete their work.

With digital assignments on the rise, it was important to district leaders to encourage students to develop these skills. Students in first through eighth grades have been using a new online keyboarding program called Typing Agent since the beginning of this school year.

“We wanted a program students could use from home as well as at school,” said Lauren Woolley, Technology Program Area Specialist. “Over the year we were surprised by how many students practiced from home. The contest may have had something to do with that, but we also heard from students who said they just liked practicing, especially when they could do it small chunks from home.”

Teams competing in the Keyboarding Challenge were divided into three divisions by grade span — first through third, fourth through fifth, and sixth through eighth. Team members were selected in the spring. Each team was comprised of the top ten typists from each grade level, with nearly 400 students participating

“Each competitor took two timed tests. The scores took into account both speed and accuracy,” said Angie Clark, a district Technology Resource Teacher who oversaw the event. “The best score for each student was then used in calculating the team average. One team from each division was declared the winner. The fastest, most accurate typist at each grade level was also recognized.” 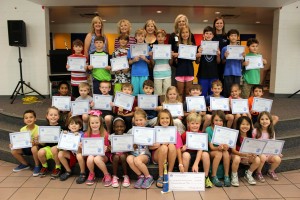 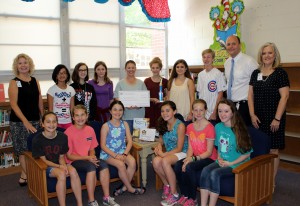 The winning teams were Oak Mountain Elementary, Oak Mountain Intermediate, and Chelsea Middle. Each school will receive $6,000 in technology funds and a trophy. All of the competitors received certificates. In addition, the fastest individual typists per grade level received small prizes that were provided by the Shelby County Schools Education Foundation.

“I liked the competition because I really like typing,” said Columbiana Middle School student Kaili Williams, the winner of the sixth grade fastest typist award. “It was fun because I got to do something I really like doing. I was very surprised that I was the top person in the county.”

“I was impressed with all our students and their growth this year using Typing Agent,” added Penny Walker, Helena Intermediate School computer lab teacher. ” They have done so well implementing the skills needed to become great typists.  We are thrilled to have had a great number of students excited and rise to the challenge of keyboarding.  HIS is so proud of our two fastest typists in our third and fourth grades, as well as each of our students that participated in the challenge.”