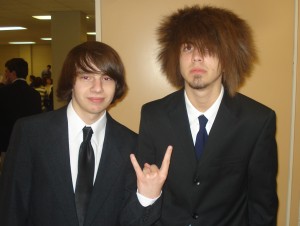 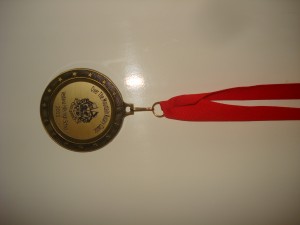 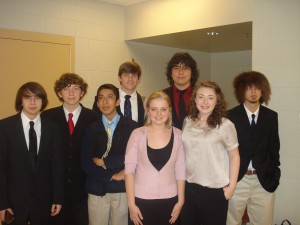 Group pic is of all the public forum debaters. I was so proud of each and every one. They debated sooo many schools on the Wikileaks issue and if Wikileaks is a threat to the United States’ national security.  The team that did the best at this tournament was Kane A and Jose C.  Kane and Jose debated their way into the Novice Quarterfinals and won a medal!!!  Kane also won an individual award; he won sixth place in speaker points, which means the judges loved his speaking voice, his logic, and delivery. Great job!!!  I was also proud of Eli and Chris, who made their public forum debate debut.

This entry was posted in Debate, Photos. Bookmark the permalink.

2 Responses to @ the debate tournament…